Registration cultural heritage in country
（honden・heiden・haiden）
It was specified on September 14 the first, 1999. 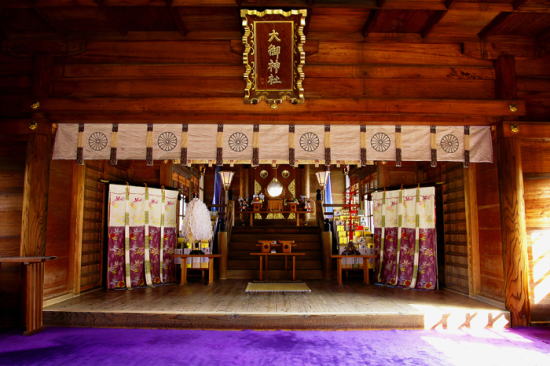 The main diety of Omijinja is the Great Sun Goddess, Amaterasu omikami, the most famous of all the gods and goddesses in the Japanese pantheon. The current structure was built in 1936. It is uncertain when the original building was built because its history is shrounded in myth. An old document of the shrine, the "Shinmeiki", says that when the god Niniginomikoto was sent from heaven to Takachiho, the mythical place of the descent of the Japanese gods, by Sumeomikami, he spotted a beautiful cove and was so impressed that he enshrined the Great Sun Goddess there and prayed for peace. Later Sumeomikami was also enshrined as the guardian of the village.

Legend also has it that when Jimmu, the first mythical emperor sailed to conpure eastern Japan, on his way he stopped at the shrine to pray for victory and safe passage. While he was there he left his whale hunting spear as an offering.
Since then the shrine had been patronized by successive lords of Hichiya and Nobeoka castles and other local governors. Omijinja has also been called, "Oisesama" because it resembles the architectuarl design of Ise shrine, the largest and most influencial shrine in Japan.

These rock formations can be seen in the cove between the shrine buildings and the ruin of Hichiya castle. The castle rulers were said to have escaped danger during battles by riding to safety aid, the castle was never defeated and the local people gradually came to worship these rocks for their powers of longivity and protection from hardships and disasters. 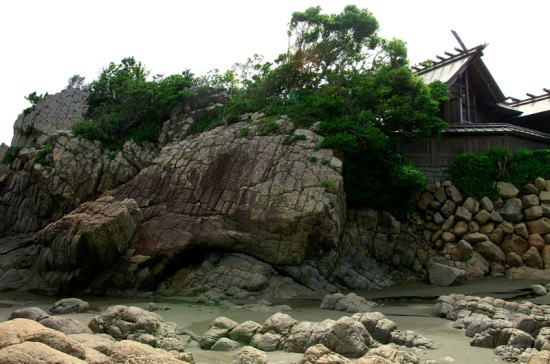 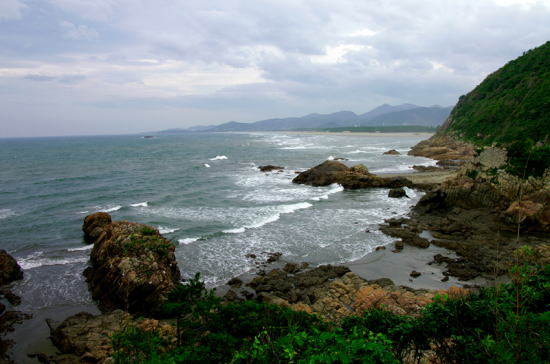 Panoramic view of the precincts 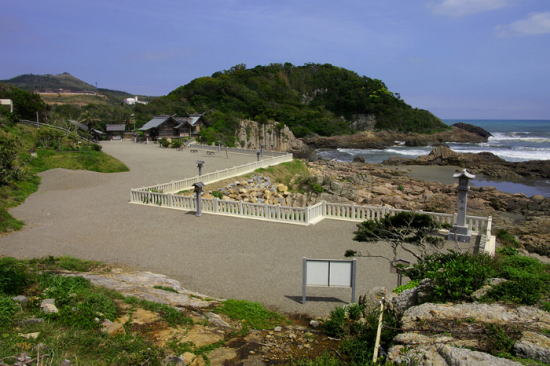 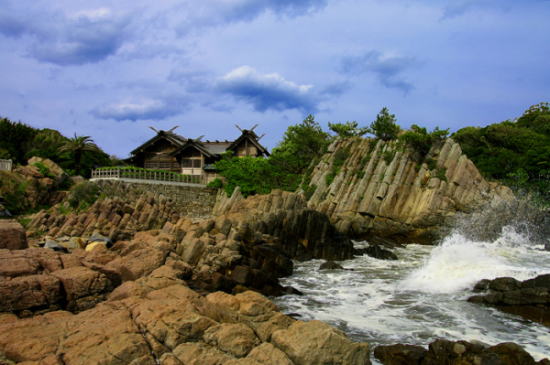